In 2013 he was named Redevelopment Director for the Town of Clarksville, a community of 22,000 along the banks of the Ohio River across from Downtown Louisville, Kentucky.  While at Clarksville Nick managed and directed strategic redevelopment and infrastructure improvements through the Town’s $7 million TIF budget, $2 million EDIT budget, and administered the Town’s forgivable loan program.

In addition to his numerous professional accomplishments Nick has a BSBA and MBA from the University of Louisville.

The president and founder of The Wheatley Group, LLC is Paul Wheatley, a recognized leader in the economic development profession.  With more than 10 years’ experience in municipal government, public finance and project management roles, Paul provides the leadership and knowledge required to execute strategic initiatives that promote economic growth.

Paul Wheatley is the former Director of Marketing and Finance at the River Ridge Development Authority, which administers the management and development activities of a 6,000 acre industrial park in southern Indiana.

Mr. Wheatley has an extensive economic development and public finance background from serving in marketing and development positions at both One Southern Indiana and the Cities of Jeffersonville and New Albany.  Along with his business development and attraction duties, his responsibilities also included managing the tax increment finance (TIF) district as well as the enterprise zones at River Ridge Commerce Center and City of Jeffersonville. He holds a Public Affairs degree from Indiana University and has an Economic Development Finance Professional (EDFP) certificate from the National Development Council.  He graduated from Bellarmine University with a Master in Business Administration in May of 2015. 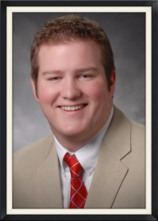 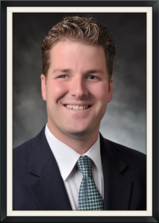 The Wheatley Group, LLC is a Sellersburg, Indiana-based firm specializing in the conception, planning, and implementation of economic and redevelopment initiatives.  By utilizing its existing knowledge base and relationships of its principal and founder, Paul Wheatley, The Wheatley Group, LLC provides its clients with a strategic advantage in project planning and execution.  Since 2005, Paul Wheatley has been working in economic and redevelopment positions in both the public and private sectors.  His professional experience has afforded him the opportunity to work with many prospective companies, governmental organizations, and key community stakeholders.